International law firms and advisers have already been contacted by the large Spanish energy companies, which are beginning to consider resorting to arbitration to defend their interests.

Large Spanish energy companies are preparing for a legal battle against Mexico due to the latest measures decreed by the Andrés Manuel López Obrador government in the energy field, which worsen the rules of the game for investments made in renewable energy.

According to sources from various international law firms and specialized advisory firms, the electricity companies are already consulting on their situation in the Aztec country and are beginning to consider the possibility of going to international arbitration if the current blockade is maintained. Among those affected, there are large listed companies such as Iberdrola, Naturgy or Acciona, but also other independent firms such as X-Elio, Elawan Energy (formerly Gestamp Renovables) or FRV. 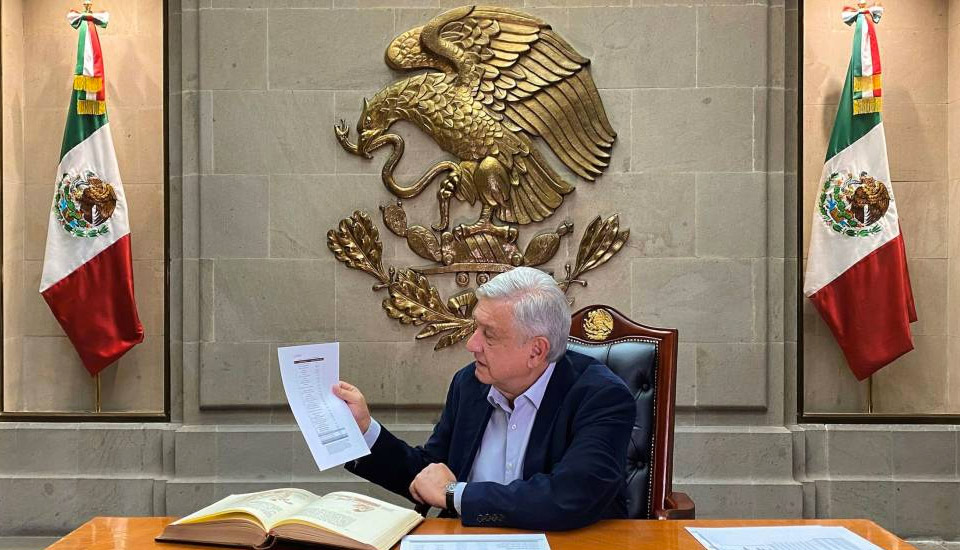 The Mexican employers Asolmex and Amdee, in which several Spanish companies participate, assure that there are at stake 6,400 million dollars in investments (more than 5,800 million euros in exchange).

Earlier this month, the Mexican Executive decided to impose restrictions on 44 wind and photovoltaic energy projects from private investors that were ready to connect to the grid. Subsequently, pre-operational tests of those projects that are still in the construction phase were also suspended.

The veto on renewables in Mexico affects companies such as Iberdrola, Acciona, Naturgy, X-Elio, Elawan or FRV, all of them with projects in the Aztec country

The Ministry of Energy led by Rocío Nahle and the National Center for Energy Control (Cenace) elaborated an agreement that indicated that the low energy demand, derived from the coronavirus pandemic, gave priority to energy production through conventional hydrocarbon generation from your state power company.

René Irra de la Cruz, litigation and international arbitration partner of Cuatrecasas in Mexico City explains: “Among the principles established in the reliability policy agreement, is the granting of certain discretionary powers to Cenace; the determination of reliability as guiding principle, including above the other principles provided by the Electricity Industry Law itself, such as sustainability and economic efficiency, which would allow Cenace to reduce the dispatch of photovoltaic and wind power plants under reliability criteria, and the possibility of Cenace to deny interconnection to clean plants under considerations of consumption and demand. ”

Although in principle it is a conjunctural measure, in the sector they believe that the norm will go beyond the health crisis. Javier Santos, specialized partner in Energy of the law firm DLA Piper, points out that these restrictions imposed by Mexico are a barrier to free competition and have met with opposition from different state authorities outside the Government, such as the National Commission for Regulatory Improvement (Conamer) or the Federal Commission on Economic Competition (Cofece). This expert believes that these measures decreed by the AMLO government have more to do with the defense of public companies in the sector than with the effects of the pandemic.

“They would mean a change in the current conditions of the electricity market that would impose restrictions and limits on the development of renewable energies, which could disadvantage conditions of effective competition and affect acquired rights of investors in renewable energy projects. In addition, the prevalence of principle of reliability with respect to the balance that must be maintained with other contents in the Electricity Industry Law itself, such as that of sustainability and economic efficiency, “says Irra de la Cruz (Cuatrecasas).

For some experts in the field, Mexico could end a serious problem similar to that suffered by Spain also due to the cuts to renewables, which has led to the filing of nearly 50 arbitrations in which more than 10 billion euros are claimed. Antonio Morales, a partner at Baker McKenzie and director of the area of ​​Public Law, Infrastructure and Energy of the international law firm, highlights that “the new Mexican regulation recalls, due to its unpredictability, the Spanish case of renewables, where numerous investors presented international arbitrations based on in the Energy Charter, obtaining mostly favorable awards. It seems that history can be repeated, this time, under the protection, among others, of the Reciprocal Investment Protection Treaties “.

Experts agree that the issue goes on for a long time. Greenpeace managed last Friday in the courts that the measures are temporarily suspended, with which everyone is waiting for a final judicial resolution regarding the regulatory change.

From the sector, they explain that the brake on renewable energy from private agents is a respite for the Federal Electricity Commission (CFE), the public company of the sector in Mexico, and Pemex, the oil company that supplies large generation plants to through fuel oil and that goes through moments of difficulty after the collapse of the price of crude oil.

Along the same lines, Bernardo Cremades Jr., partner of B. Cremades & Asociados, is shown, who doubts that this decision is aimed at the benefit of the public interest, since currently everyone is heading towards the promotion of renewable energy, And if the problem was oversupply, it would make more sense to stop the most polluting plants in favor of clean energy, which is also cheaper for the consumer.

“Spanish companies are increasingly used to litigation and arbitration of this type around the world, especially when what is at stake is the defense of the interests of their shareholders and investors, and respect for the legal framework and the free market “explains Juan Rivera, ‘senior managing director’ at FTI Consulting.

The issue has raised all the alarms, to the point that the European Union sent a letter signed by the ambassadors of 19 different countries, including that of Spain, requesting a meeting with the Government to assess these measures and know their extent over time. and the potential impact and repercussions for companies. It should be noted that, in addition to the large Spanish companies, there are other affected giants such as the French Engie, the Italian Enel or the Portuguese EDPR, which have important projects in the North American country.

For his part, the President of Mexico himself, López Obrador, is defending this measure with arguments that have nothing to do with the coronavirus. According to declarations of the last days, the previous governments of Enrique Peña Nieto and Felipe Calderón handed over energy development to private companies that they prioritized over the interests of the Mexican people.

It is not the first time that the AMLO Government collides with Spanish companies. Shortly after his arrival, he settled a contract long before its completion with Acciona and FCC for the construction of part of an airport.

In this context, some companies have already filed appeals for protection in the ordinary Mexican Justice to curb the intentions of the Government of the Aztec country, but legal sources emphasize that this route is dangerous, since it can nullify the arbitration route for foreign companies, much safer when making claims. If the situation worsens, expert litigation attorneys with experience in the conflicts Spain is fighting with renewable investors appeal to the Mexico-Spain Investment Protection Treaty and ICSID (the World Bank arbitration court) as the best option to defend your interests.